The History of the Colorado Farm Show is a history of volunteers striving for agriculture excellence.

It is fitting that one of the largest -- and oldest -- farm shows in the nation takes place in Weld County, the fourth largest agriculture producing county in the United States. The annual three-day event features almost 350 ag-related exhibits and draws more than 30,000 visitors from throughout the region interested in learning more about ag products, services, and machinery. And volunteers with a love for agriculture make it happen.

The past four decades is a history rich in volunteers coming together to provide a series of educational programs and exhibits of interest to the agriculture community. It is a story of how a community event has grown to become one of national repute, one that many exhibitors have on their "must attend" lists. And it is a story of how an annual event, by growing and bettering itself, helps to improve the facilities used by other groups during other times of the year.

And it all began in 1964 as a result of a coffee klatch. It was then that a group of Colorado State University Extension Agents, coffee cups in hand, were asked, "Why don't we have an agriculture trade show in Greeley?" They discussed the demise of the Farmers Institute in 1958, which used to be the "biggie" in farm programs. They also talked about changes necessary to rebuild the program.

The Extension Service said it would organize, plan, and conduct the show if the ag industry would financially support the show. The Chamber of Commerce also was asked to assist. After a year of planning and organizing, the first show -- then called the Colorado Agricultural Chemical Exposition -- was held on February 16-17, 1965 at the Greeley Community Building. It drew 30 exhibitors. 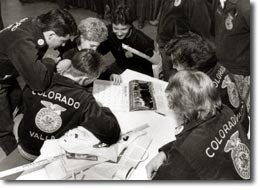 Two years later, in 1967, the show was renamed the Colorado Farm Show. And in 1968 the show became the organized entity it is today. A formal committee was organized to plan and conduct the show under the auspices of the Extension Service and Greeley Chamber of Commerce. A Farm Show Chairman was appointed and subcommittees formed. An executive committee was responsible for final reporting and approval of projects.

Perhaps the most remarkable thing about this group is that they all volunteered their time. It is a precedent that has never changed through the history of the Farm Show.

Throughout the years, the Colorado Farm Show continued to grow. In 1968 Colorado Dairy Days was incorporated into the Colorado Farm Show. By now the show had grown to 67 exhibitors. In 1969 the Ladies Day program -- featuring booths and presentations -- was added, making the show of even more interest to the entire family. Also in that year the Chamber of Commerce provided free lunches to show visitors.

By 1970 all booth space in the Community Building was sold out. An antidote to these growing pains came about the next year when a board of directors was created to establish policy and provide direction for the volunteers. The board included past general chairmen, dairy and ladies' program chairmen and an extension agent.

The event - which continues to burst at the seams - features educational programs by speakers of regional and national stature. And exhibitors, including those from Colorado, Kansas, Nebraska, Wyoming, and Montana, fill all available exhibition space with state-of-the-art machinery, products, and services.

Waiting lists for exhibit space have existed year after year. And year after year, Colorado Farm Show volunteers have managed to find ways to expand the facilities at Greeley's Island Grove Regional Park, including using a large heated tent for several years.

In the summer of 2001 a new Community Building was built by private donors under the leadership of the Colorado Farm Show in partnership with Weld County. The new multi-use facility increased exhibit space for the show by more than 50%. Even so, all available space was completely sold out to 325 exhibitors for the January 2002 show. A new record for attendance was also set that year, with more than 33,000 visitors over the three-day period.

The Colorado Farm Show would not be possible without the thousands of hours of work contributed by about 100 volunteers annually. "We've never had to go looking for volunteers," says Jim Schneider, the 1993-94 general manager. "They come looking for us."

85 full-time volunteers and about 20 part-time volunteers donate more than 8,200 hours. Schneider estimates that 70 percent of the volunteers are involved in agriculture on a daily basis. Others, be they bankers, lawyers, or retailers, often have roots that go back to the farm.

Volunteers are grouped under 8 general categories: office & administration, education, buildings & grounds, booth sales, farm equipment, special events, marketing, and past chairmen. The largest committee is education, with about 35 volunteers working to line up speakers for about 30 programs and seminars each year.

The special events committee manages social functions for VIPs and exhibitors. The past chairmen's committee, which includes more than 15% women, is large enough now to tackle various problem-solving and public relations projects to increase the value of the Colorado Farm Show to its patrons and exhibitors.

If past history is any indication, it's a safe bet that the Colorado Farm Show will continue in the tradition of agriculture excellence that has marked the past decades. 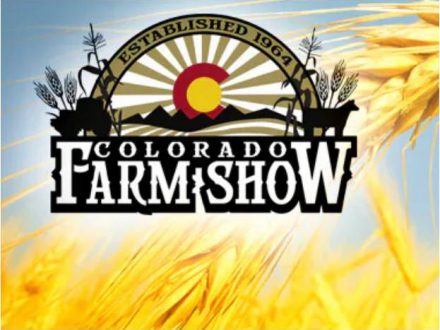 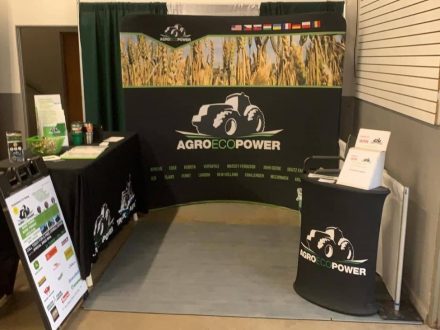